The Impact of School Vouchers on College Enrollment 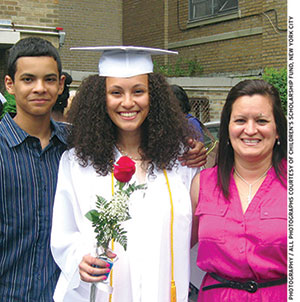 In 1996, Cardinal John J. O’Connor, archbishop of New York, proposed to Rudy Crew, chancellor of the New York City public school system, that the city’s most troubled public-school students be sent to Catholic schools, where he would see that they were given an education. New York City’s mayor at that time, Rudolph Giuliani, a voucher supporter, attempted to secure public funds that would allow Catholic schools to fulfill the cardinal’s offer. But voucher opponents condemned the idea on the grounds that it violated the no establishment of religion clause of the First Amendment. It was only several years later, in 2002, that the U.S. Supreme Court found vouchers constitutional.

As the controversy raged in the late 1990s, a group of philanthropists created the New York School Choice Scholarships Foundation (SCSF), which offered three-year vouchers worth up to $1,400 annually to as many as 1,000 low-income families with children who were either entering 1st grade or were public school students about to enter grades two through five. Due to excess demand, SCSF established a lottery for interested families. If a family met the eligibility criteria and won the SCSF lottery, all of that family’s children entering grades one through five would receive a voucher. Recipients could attend any one of the hundreds of participating private schools, religious or secular, within New York City.

According to the Archdiocese of New York, average tuition in the city’s Catholic schools, the city’s largest private provider, was $1,728, which was 72 percent of the total per-pupil cost of $2,400 to educate a child at these schools. The scholarship would thus cover only a portion of the costs of the private education of eligible students. SCSF initially committed to making the scholarships available for a period of three years.

SCSF asked an independent research team to conduct an experimental evaluation of the impact of the intervention on student achievement and other outcomes, such as school climate and school quality, as reported by the students’ parents or other guardians. More than 20,000 students expressed interest in a voucher and were invited to one of five separate eligibility verification and testing sessions. To participate in the lottery, students other than those who had yet to begin 1st grade were required to take a standardized test. While students were taking the test, the adult accompanying the child answered questions about the child’s family background and the current school the child attended. All families were asked to supply identifying information for each child applying for a scholarship, including full name and date of birth.

Families who won the voucher lottery were told that scholarship renewal was dependent on participation in annual testing at a designated site other than the child’s school. Families who lost the lottery were compensated for participating in subsequent testing sessions, and their children were given additional chances to win the lottery. Those who won a subsequent lottery were dropped from the evaluation control group. Those families who won the lottery but who did not make use of the scholarship were also compensated for participating in subsequent testing sessions. The original evaluation identified, after three years, large positive effects of the voucher opportunity on the test scores of African Americans but not on the test scores of students from other ethnic groups.

In this paper, we extend the original evaluation of the SCSF program by estimating impacts of the offer of a voucher on college enrollment. Our results provide the first experimental evidence of the effects of a voucher intervention on this outcome. The study is also notable for obtaining information on college enrollments for 99 percent of study participants, greatly reducing the potential for bias due to attrition from the evaluation. We find large positive impacts on college enrollment for African American students but not for Hispanic students. Impact data for the small group of students from other backgrounds are too noisy to produce reliable evidence.